During April and May, many meat processing plants in the United States temporarily closed or slowed their processing speeds due to COVID-19. This caused concerns that we could experience a nationwide meat shortage, impacting how we feed our families. 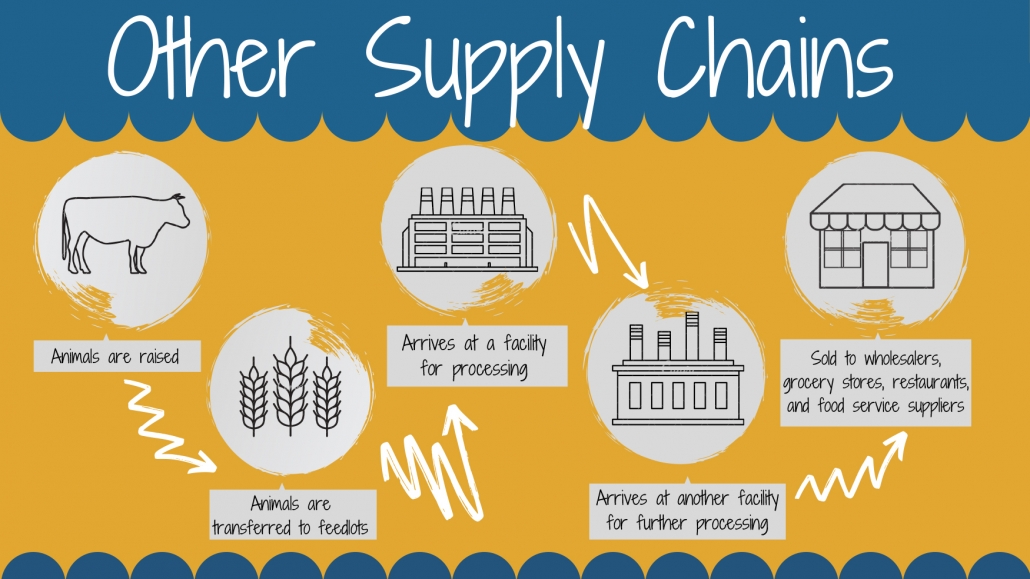 These closures and delays have shed light on issues in the commercial meat supply chain, as many farmers can’t get their products to consumers despite steady demand for meat. We spoke with our local vendors, Polyface Farm and T&E Meats, about how they’re serving their customers during this time, as well as how the locally-based supply chain gives them an advantage over large-scale agribusiness.

In a telephone interview, Daniel Salatin of Polyface Farm in Swoope, VA, discussed how the farm has changed operations to meet customers needs. “We used to have a 30/30/30 model before the outbreak. That was split between restaurants, retail from our farm or grocery stores, and our neighborhood drops.” Mr. Salatin told us that at the beginning of the pandemic, Polyface Farm was concerned about losing business, as many restaurants began cancelling large orders. “Then, everything else went crazy,” he said, “Retailers and grocers like the Friendly City Food Co-Op, our online and on-farm sales went through the roof.” Mr. Salatin told us that these changes didn’t present many problems to Polyface’s ability to provide meat to their customers, other than trying to meet the drastic increase in demand.

Mr. Salatin explained that being a locally-oriented farm gave them freedom to change direction when they needed to. “Because our supply chain is small and local, it’s flexible,” he stated. “The commercial meat supply chain is like an aircraft carrier. When you load it up and it takes off, it’s going to take awhile to reroute it. The commercial food industry is built around packaging huge amounts of food for public spaces like restaurants and cafeterias, but now people are eating in very different places. Our local supply chain is like a kayak. We can change course easily without so much resistance.”

This statement from Mr. Salatin brought our attention to an issue in the commercial meat supply chain which has caused supply shortages in the previous months. The equipment used to process livestock in commercial meat processing plants is very specialized. This machinery is designed to package products in a specific way, often in packages holding large amounts of meat. These quantities are meant to be sold to restaurants, commercial cafeterias and other foodservice industries that need lots of product to stock kitchens and feed large amounts of people. With many Americans staying at home, demand for these industrial quantities of meat has almost disappeared. However, demand for smaller amounts of meat, such as those found in grocery stores, has skyrocketed. Many of these plants weren’t designed to package smaller quantities of meat and can’t convert their processing lines to package it. This means they can’t get meat to market in amounts people and families want to buy.

Mr. Salatin told us that Polyface Farm sends its animals to T&E Meats, a local processing facility in Harrisonburg, VA. He stated that T&E Meats has been able to process and package their meat at quantities they need in order to sell to grocers and families in the Valley. Joel Salatin, a co-owner of Polyface Farm, has had a business relationship with T&E Meats since 2008, when he and Joe Cloud purchased the processing facility from it’s previous owners.

We spoke with Joe Cloud of T&E Meats through email to find out more about how they’re adapting to meet the needs of they’re customers. His customers are local farmers, who send their animals to T&E Meats for processing. Mr. Cloud also discussed the issue of specialized packaging in commercial plants and compared his business to theirs. “We have a number of packaging options, which give us flexibility for either retail or wholesale type of sales,” Mr. Cloud wrote. He told us that as a small-scale processor, T&E Meats doesn’t use the type of expensive equipment found in most commercial processing plants. “As a small local meat processor, we can not afford those types of investments, but in fact still do most of our work by hand, including putting individual cuts of meat into packages by hand.” 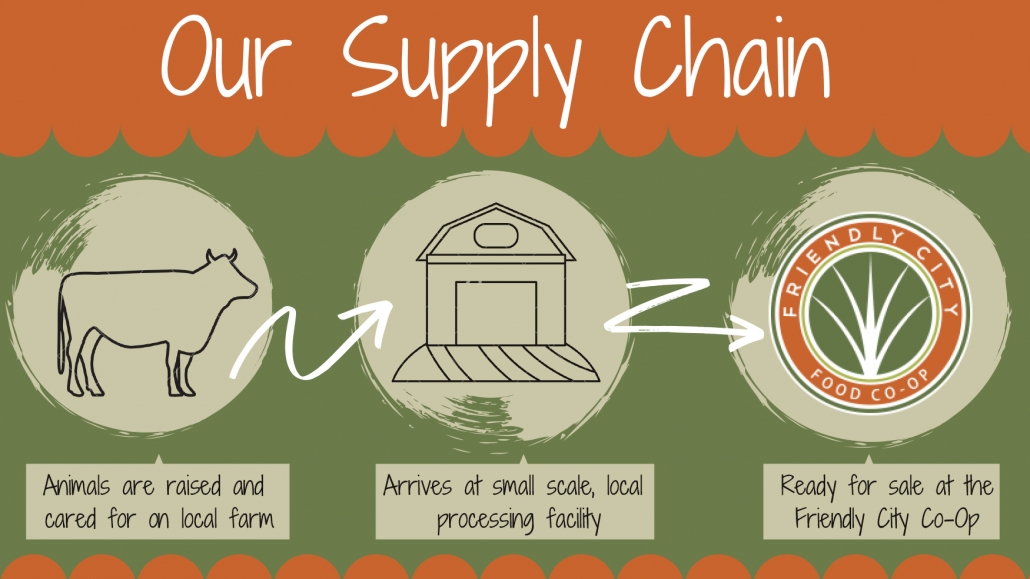 Mr. Cloud explained that because T&E Meats processes products by hand, they’re able to be flexible when packaging products and aren’t forced to package specific quantities every time. This means they can adapt to the needs of their customers, such as Polyface Farm, to package products for grocery sales or to families through on-farm stores. Mr. Cloud told us that initially, T&E Meats experienced the same concerns about restaurant sales in the beginning of pandemic. “When the COVID initially hit Virginia back in mid-March, there were a few days when it looked like it was going to have a major impact on our business, as farmers saw an overnight plunge in restaurant orders.” Those concerns were soon met with an “explosion” of demand for processing, as farmers were seeing an increase in sales from groceries and families.

In his interview, Mr. Cloud discussed another issue the commercial meat supply is facing due to COVID-19 that impacts farmers as well as customers. The specialized equipment at commercial processing plants may seem innovative, however, Mr. Cloud stated that “because the lines involve a fair amount of robotics, each hog has to almost exactly all the same shape and size, which accounts for why we hear about so many hogs in the Midwest being slaughtered and disposed of. Because after growing just two or three weeks longer due to a delay in processing, they can no longer pass down that meat cutting line.” Unlike small-scale farms, most commercial farmers depend solely on commercial plants to process their animals. When these plants close, they can’t sell their animals once they’ve reached the sale weight or size. Because the specialized equipment used at these plants can’t process animals over a certain size, they may be euthanized if farmers can’t sell them for processing to commercial plants in time.

Mr. Cloud told us that this hasn’t been an issue for T&E Meats. “We may only be able to break down 30 or 40 hogs in a day,” Mr. Cloud stated, “but each one of those hogs may be a different breed, a different size, and they may each be cut to a different set of instructions.” Because T&E Meats processes animals by hand, they don’t have the same size limitations or requirements as commercial meat processing facilities. While T&E Meats has not experienced the same delays in processing that commercial plants have, they have needed to limit the variety of cuts or products they produce in order to keep up with demand. However, these changes are done to ensure that customers and families can receive popular or staple products that are in high demand during this time, not due to a lack of supply.

Many are concerned that they’ll struggle to put meat on their dinner table in the coming weeks. The success of our small-scale suppliers demonstrates that issues in the commercial supply chain are causing meat shortage concerns, not a lack of livestock on American farms. Small farms aren’t constrained by the demands of the large-scale, commercial industry and supply chain. In our supply chain, animals go from farms, small-scale processors and arrive at the Friendly City Food Co-Op.

The ability of the local supply chain to be flexible and meet the needs of our community stands out during this time. You can trust us and our local vendors to keep high-quality proteins on your family’s dinner table. 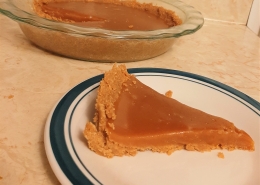 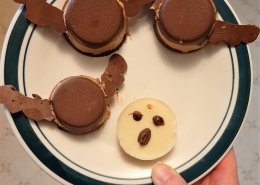 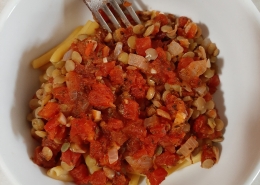 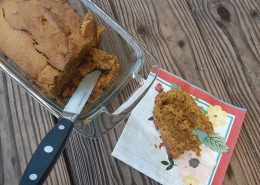 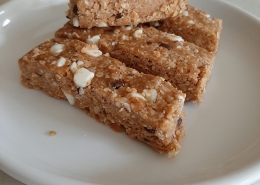 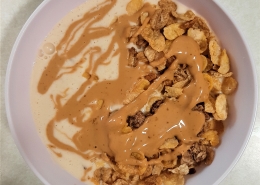 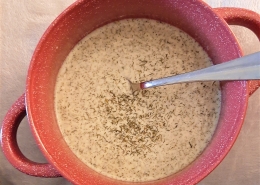 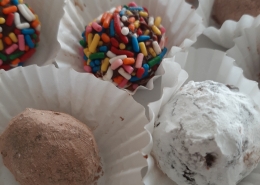 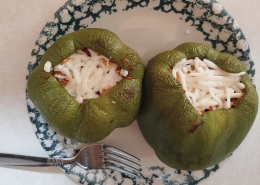 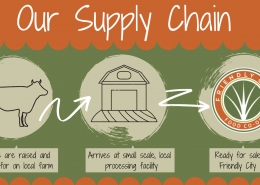 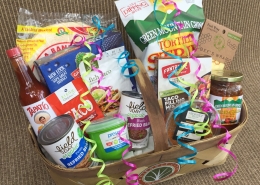 DID YOU KNOW? You can now bring your clean reusabl

Each year our Deli turns out all of your Thanksgiv

We’ve been requiring masks since this all began,

Fresh baked Pecan Pies are in the Deli today! Pick